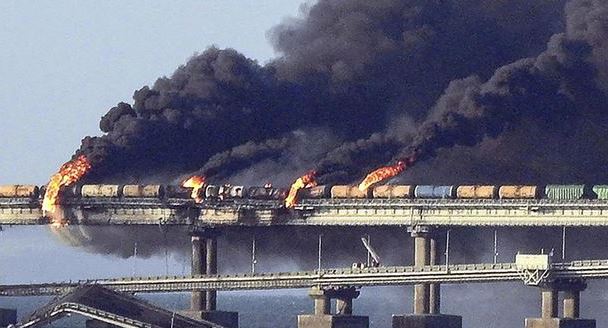 The 19 km Kerch Strait Bridge linking the Crimean to Russian mainland was damaged by a massive explosion on Saturday, 8 October. Three people were killed in the explosion, the exact cause of which is yet to be confirmed, Russian authorities said. As a truck exploded on the roadside of the bridge. An explosion decimated a section of the bridge four years after the inauguration day.

Notably, In May 2018, Russian President Vladimir Putin inaugurated the Crimean bridge. The 19-km bridge was settled after the annexation of Crimea in 2014 and cost over $3 billion.

The important impact was felt on the rail bridge running alongside, as the fuel tanks moving on the rail tracks caught fire. The roadside part of the bridge collapsed.

The Crimean bridge connects the export ports on the Azov sea to the Black Sea. In the ongoing war against Ukraine, the bridge is a critical link for supplies to south-eastern Ukraine.

Russia’s National Anti-Terrorism Committee said a truck bomb caused seven railway cars carrying fuel to catch fire, resulting in the partial collapse of two sections of the bridge. A man and a woman in a vehicle on the bridge were killed by the explosion, Russia’s Investigative Committee said. It didn’t say what happened to the third victim or the truck driver.

The Russian spokesperson said that the damage to the bridge had been contained and reopened for traffic, both rail and road, after a few hours. Moscow, for now, is saying the supplies are moving smoothly route to its troops in the south, while Crimea had enough fuel for 15 days.

The Russian defence ministry emphasised that it could move troops to the battlefields in Ukraine through land and sea, bypassing Crimea. Ferries to and from Crimea to the Russian mainland were also operating as usual later in the day, as per the media report.

However, Ukraine has not claimed responsibility for the blast thus far. In Ukraine, the leader of President Volodymyr Zelenskyy’s party announced that it was the illegal Russian construction that was beginning to catch fire and that because it was explosive, it would have exploded sooner or later.

The impact of the explosion was felt in Moscow as well. Only a few hours after the explosion, the Russian defence ministry reportedly promoted Sergei Surovikin, Russia’s air force chief, as the primary commander of the Russian offensive in Ukraine.

The Kerch bridge from Russia to Crimea has been hit by a massive explosion on the span that carries railway traffic early on Oct. 8. pic.twitter.com/5wvIjBZmZZ One Nation One Ration card benefitted the poor: Union Minister 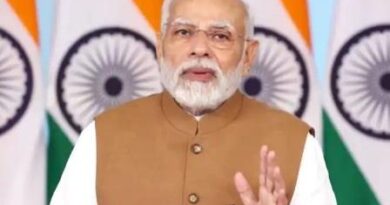 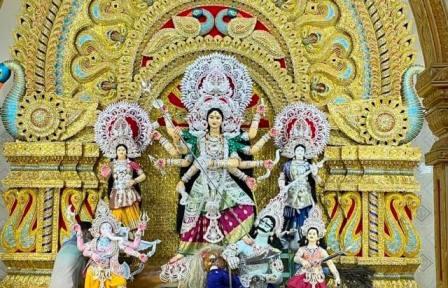