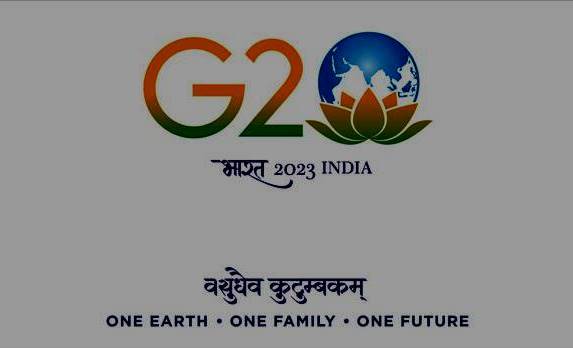 In the event, PM Modi said, “India is set to assume G20 Presidency. It is a moment of pride for 130 crore Indians.” The Ministry of External Affairs (MEA) said the G20 presidency offers a unique opportunity for India to contribute to the global agenda on pressing issues of international importance. It said the logo, theme, and website of India’s G20 presidency would reflect the country’s “message and overarching priorities” to the world.

India will assume the presidency of the powerful grouping from the current chair Indonesia on December 1. PM Modi while unveiling the G20 logo said, “This logo of G-20 is not just a logo. This is a message. It is a feeling which is in our veins. This is a resolution, which has been included in our thinking.”

“I congratulate countrymen on historic occasion of India’s G20 Presidency. ‘Vasudhaiv Kutumbakam’ is signature of India’s compassion to world. Lotus portrays cultural heritage & faith of India in bringing world together,” he added.

The G20 Logo draws inspiration from the vibrant colours of India’s national flag – saffron, white and green, and blue. It juxtaposes planet Earth with the lotus, India’s national flower that reflects growth amid challenges. The Earth reflects India’s pro-planet approach to life, one in perfect harmony with nature. Below the G20 logo is “Bharat”, written in the Devanagari script.

The logo draws upon elements contained in various entries received during an open competition for the logo design. The contest organized on MyGov portal received an enthusiastic response with over 2000 submissions. This is in line with Prime Minister’s vision of Jan Bhagidari during India’s G20 Presidency.

The theme of India’s G20 Presidency – “Vasudhaiva Kutumbakam” or “One Earth One Family One Future” – is drawn from the ancient Sanskrit text of the Maha Upanishad. Essentially, the theme affirms the value of all life – human, animal, plant, and microorganisms – and their interconnectedness on the planet Earth and in the wider universe.

The theme also spotlights LiFE (Lifestyle for Environment), with its associated, environmentally sustainable and responsible choices, both at the level of individual lifestyles as well as national development, leading to globally transformative actions resulting in a cleaner, greener and bluer future.

The logo and the theme together convey a powerful message of India’s G20 Presidency, which is of striving for just and equitable growth for all in the world, as we navigate through these turbulent times, in a sustainable, holistic, responsible, and inclusive manner. They represent a uniquely Indian approach to our G20 Presidency, of living in harmony with the surrounding ecosystem.

For India, the G20 Presidency also marks the beginning of “Amritkaal”, the 25-year period beginning from the 75th anniversary of its independence on 15 August 2022, leading up to the centenary of its independence, towards a futuristic, prosperous, inclusive and developed society, distinguished by a human-centric approach at its core. 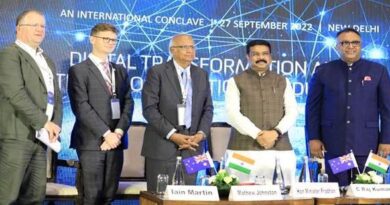 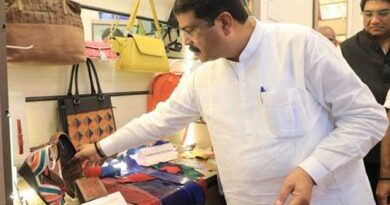