As a curtain raiser, the Minister of Parliamentary Affairs, Shri Pralhad Joshi, has today (25.11.2022) virtually launched these updated portals – for reading the Preamble to the Constitution in 22 Official Languages and English (https://readpreamble.nic.in/) and “Online Quiz on the Constitution of India”

The function was also attended by Shri G. Srinivas, Secretary, Ministry of Parliamentary Affairs, Dr. Satya Prakash, Addl. Secretary, Ministry of Parliamentary Affairs and other officers/officials of the Ministry. Shri Pralhad Joshi while launching these portals stated that all fellow citizens should read the Preamble to the Constitution in language suitable to them out of 23 languages. For this Public at large including Ministries/Departments of Govt. of India, State/UT Governments, Schools/Colleges/Universities/Institutions etc.  can visit the portal (https://readpreamble.nic.in/) and read the Preamble and get a self-signed Certificate.

The Minister urged that, to make it a public campaign and for ensuring Jan Bhagidari, the Ministry has also updated another portal Online Quiz on the Constitution of India  (https://constitutionquiz.nic.in/). It is an online quiz having very simple and basic questions on Indian Constitution and its Democracy wherein anyone can participate and get participation certificate. The purpose of quiz is to popularise the basic values/ethos of Indian constitution and not to test their knowledge. It would be in both Hindi and English languages so that more and more people can participate.

The Minister also recalled that for the 1st time on the directions and initiatives of  the Prime Minister Shri Narendra Modi, the Constitution Day was celebrated on 26th November 2015 while 125th birth anniversary of Dr. B.R. Ambedkar, father of the Constitution was being celebrated in 2015.

The Minister paid rich tribute to Dr. B.R. Ambedkar for his peerless contribution in the making of our Constitution which has guided the destiny of India as a great democracy so far.

He also stated that our Constitution has played a key role for empowerment of downtrodden and people in the last row. Touching upon the basic contours of the Constitution, he highlighted that this document guarantees Justice, Equality and Liberty besides promoting Fraternity among citizens.

He also requested that more and more people should join the celebrations and share their Certificates using #SamvidhanDiwas and tagging Facebook @MOPAIndia, Twitter @mpa_india on Samvidhan Diwas. 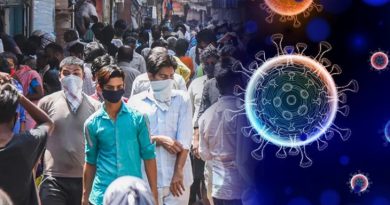