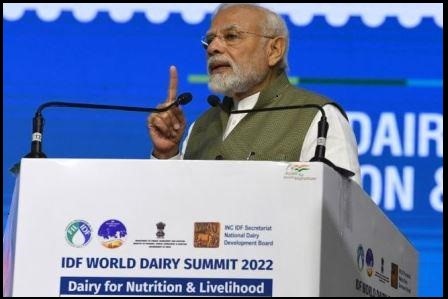 Addressing the gathering, the Prime Minister expressed happiness that all the dignitaries from the world of dairy have assembled in India today. The Prime Minister said that the World Dairy Summit is going to be a great medium for the exchange of ideas. “The potential of the dairy sector not only gives impetus to the rural economy, but is also a major source of livelihood for crores of people across the world”, he said.

The Prime Minister underlined the centrality of ‘Pashu Dhan’ and milk-related business in the cultural landscape of India. This has given the dairy sector of India many unique characteristics. The Prime Minister pointed out that unlike other developed countries of the world, the driving force of the dairy sector in India is small farmers. India’s dairy sector is characterized by “production by masses” more than “mass production”. India is the largest milk-producing country on the basis of the efforts of these small farmers with one, two or three cattle. This sector provides employment to more than 8 crore families in the country, he informed.

Explaining the second unique characteristic of the Indian dairy system, the Prime Minister reiterated that there is such a huge network of Dairy Cooperative in India, and one cannot find such an example in the whole world elsewhere. Shri Modi said that these dairy cooperatives collect milk twice a day from about two crore farmers in more than two lakh villages in the country and deliver it to the customers. The Prime Minister drew everyone’s attention to the fact that there is no middleman in the entire process, and more than 70 per cent of the money that is received from the customers goes directly into the pockets of the farmers. “No other country has this ratio in the whole world”, the Prime Minister added. He also underlined the efficiency of the digital system of payment in the dairy sector and said that it has many lessons for other countries. 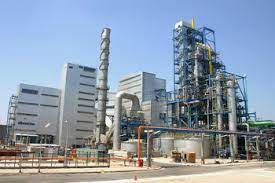