New Delhi: Department for Promotion of Industry and Internal Trade (DPIIT) conducted a National Workshop on ‘Ease of Doing Business’ in New Delhi Yesterday. To improve Ease of Doing Business, DPIIT is inviting suggestions from businesses and citizens on issues faces in starting and running a business. Any minor violation under different provisions or sections can be suggested for decriminalization. The aim is to make ‘New India’ a preferred investment destination across the world. Suggestion campaign is live on Innovate platform of My Gov till 15 October 2022.

At the Workshop was delivered by Shri Parameswaran Iyer, CEO Niti Aaayog. He highlighted the importance of India’s performance on global indices. He underscored how Ease of Doing Business took the center stage as one of the most important pillars along with other programs, towards developing India as a preferred investment destination. Shri Iyer also spoke of the vision of Prime Minister Shri Narendra Modi for ease of living and Ease of Doing Business. He suggested that focus should be on achieving the whole-of-government approach by learning from each other.

Shri Amitabh Kant, G 20 Sherpa emphasized the role of Ease of doing business in transforming India. He reiterated that complacency with improvement of India’s rank is not desirable. De-novo thinking on the very need of certain processes, permissions, renewals is necessary to attain Ease of Doing business in its true spirit. Enabling a change in mindset within the country to accept the new ways is also essential, he said. Further he emphasized on having at least one change agent to initiate the transformation in every State.

Shri Ramesh Abhishek, former Secretary, DPIIT highlighted the vision for Ease of Doing Business 2.0, wherein a framework to be drafted for all public authorities including State and regulators. Study of global Best Practices should be undertaken by Government Departments. Very need for license/ approvals / renewals should be examined and any requirement of the same should be justified. It should also be examined if licenses/approvals can be replaced with mere registration/intimation to Government authorities.

Shri Shailendra Singh, Agriculture Production Commissioner, Government of Madhya Pradesh, talked about the capacity building exercises undertaken and workshops for all stakeholders to inculcate Ease of Doing Business across the country.

Shri Ajay Tirkey, Secretary, Department of Land Resources, mentioned that significant improvement in registration processes has been achieved through digitization and accessible grievance redressal mechanism. Department is working on next phase of reforms including geo-referencing and unique identity for land parcels.

Shri Ravinder, Secretary, Health, Government of UP mentioned the initiatives undertaken on the lines of international best practices such as Hong Kong for improved construction permits.

The eminent panelists highlighted the significance of coordination among the government departments and States, allocation of responsibility among the nodal departments and effective monitoring as few pillars that led to the improvement in India’s rankings in World Bank’s Doing Business Report. The panelists also provided valuable inputs regarding the next generation of reforms to further enhance Ease of Doing Business across the Country.

Smt. Manmeet K. Nanda, Jt. Secretary, DPIIT also made a presentation covering the reform journey of Ease of Doing Business in India. She highlighted the key initiatives undertaken by the Central and State governments to create a conducive business environment across the Country. It may be noted that India is one of the few countries with sub-national rankings with an aim to percolate the impact of reforms at the ground level.

Presentations were also made by representatives of Government of Maharashtra and Government of NCT of Delhi highlighting reforms implemented by them which contributed to improvement of India’s rank in World Bank’s Doing Business Report.

Workshop also witnessed wide participation from States, Central Ministries, and Industry. The workshop highlighted the key learnings of continuous process of the Ease of Doing Business exercise in India. It broad based the initiatives undertaken, global best practices to be studied, and focused upon the ‘Whole of Government’ approach to drive reforms ‘Across Nation’. 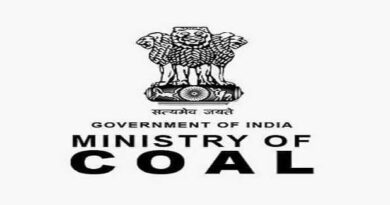 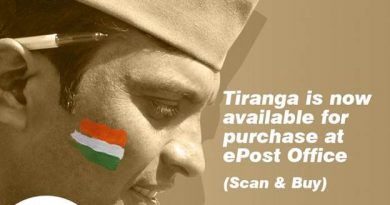