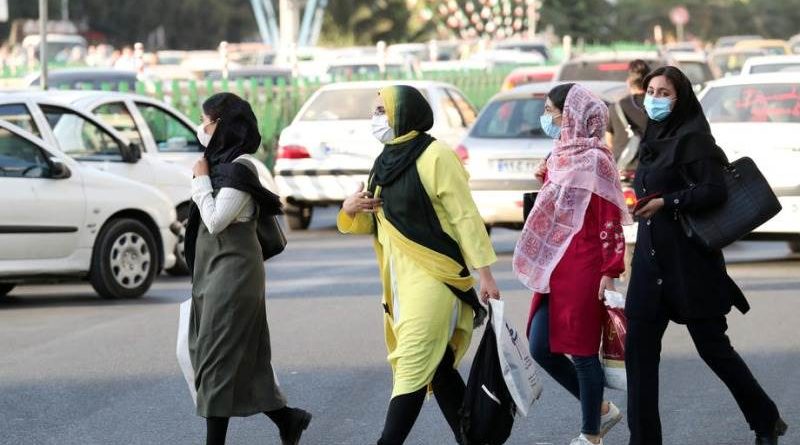 Iran : Health ministry of Iran Sima Sadat Lari said 239 people infected with Covid-19 had died in the last 24 hours tally growing to 27,658. Also Iran reports 4,019 new Covid-19 positive which pulls the tally to 483,844 in the country. As reported by the health ministry more than 3,500 new cases have been recorded on each of the past few days.

Out of 27 of 31 provinces are now considered to be “Red” zones where infections are on top, but the situation in the capital Tehran and its suburbs has been described as “Critical”. Deputy Health Minister Iraj Harirchi said on Tuesday that Tehran’s hospitals were treating almost 5,800 Covid-19 patients, 948 of whom were in intensive care units.

To reduce the spread of the corona virus, authorities in Tehran have announced that wearing a face mask will become mandatory for its residents from Saturday. Also last Saturday they ordered schools, universities, libraries, mosques, cinemas and other public institutions to be remain closed in the capital.

Officials have blamed the government on the failure of people to obey the health measures such as mask wearing and maintaining social distancing. President Hassan Rouhani said on Saturday that anyone positive with Covid-19 infection and failing to self-quarantine for 14 days should face “the highest punishment”. He also said that government employees who repeatedly failed to observe regulations could be suspended for one year, and business could be closed down if they failed to follow rules. G-20 Summit in Bali: Digital transformation is the most remarkable change of our era: PM Modi