The SLSWCA, headed by Chief Secretary Suresh Chandra Mahapatra, has approved proposals for nine different sectors that would create employment opportunities for nearly 13,000 people in the state.

The approved projects will be set up in Odisha, with six of them set up in Khordha district, three in Puri, two in Koraput and one each in Cuttack, Bhadrak, Dhamara, Mayurbhanj and Angul districts, the official said.

The Odisha government has approved three ancillary and downstream projects in metals worth Rs 803 crore, four garment and textile project proposals worth Rs 324.57 crore and two investment projects in paper, timber and forests worth Rs 606 crore.

In the food processing sector, the committee also approved an investment of INR 624 million for Varun Beverages Limited, the largest producer of PepsiCo products in India, to set up a manufacturing plant for beverages, bottled drinking water, beverage-based syrups and PET preforms. with 3.0 MW of its own rooftop solar power plant in Khordha. The project is expected to create more than 220 jobs in the state.

Jindal Panther Cement Pvt Ltd also received approval from the committee to set up its cement manufacturing unit in Angul with an investment of INR 955 million which will create 350 job potential.

In Apparel and Technical Textile Sector, Govt. approved four projects that are expected to create jobs for nearly 8,434 people.

Similarly, on Saturday, the panel approved a proposal to set up a food unit of Varun Beverages Limited with an investment of Rs 624.30 crore.

The Odisha government has also approved two waste management/circular economy proposals worth Rs 252 crore. A chemical unit of Rs 50.76 crore and a tourism project of Rs 50.84 crore were further approved. Besides, the state has approved an investment proposal of Rs 516.58 crore for the polymer and plastics sector.

Further, the SLSWCA has recommended 10 large-scale investment proposals for consideration by the High Level Authority (HLCA) headed by the Chief Minister, officials said.

Vidisha : First ever district in India for on ground deployment of innovative 5G 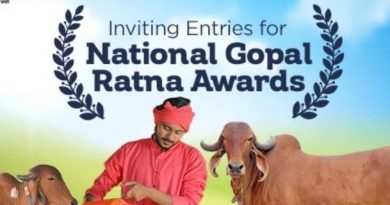 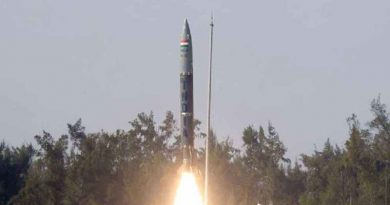