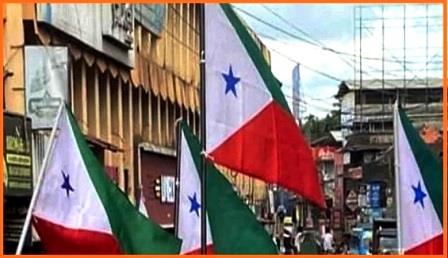 New Delhi: The union government order imposing ban on the Popular Front of India (PFI) and its its affiliates association. As mentioned various political killings instigated by the organisation (PFI) in Kerala. The order stated the murder of RSS workers Sanjith in Palakkad, Nandu in Alappuzha and Bipin in Malappuram.

The Popular Front of India (PFI) and its associates or affiliates or fronts have been  found to be involved in serious offences, including terrorism and its financing, targeted gruesome killings, disregarding the constitutional set up of the country, disturbing public order etc. which are prejudicial to the integrity, security and sovereignty of the country

The Ministry of Home Affairs found it necessary to curb the nefarious activities of the organization and has hence declared the Popular Front of India (PFI) along with its associates or affiliates or fronts including Rehab India Foundation (RIF), Campus Front of India (CFI), All India Imams Council (AIIC), National Confederation of Human Rights Organization (NCHRO), National Women’s Front, Junior Front, Empower India Foundation and Rehab Foundation, Kerala as an “unlawful association” under the provisions of the Unlawful Activities (Prevention) Act, 1967.

The PFI and its associates or affiliates or fronts have been working covertly to increase the radicalization of one community by promoting a sense of insecurity in the country, which is substantiated by the fact that some PFI cadres have joined international terrorist organisations, the notification claimed.