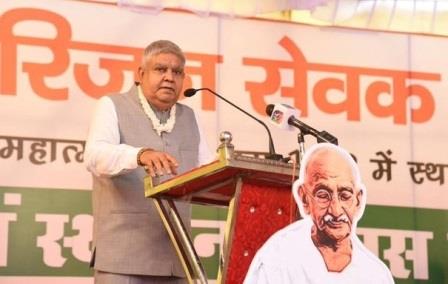 New Delhi: The Vice President, Shri Jagdeep Dhankhar was addressing the gathering at a ‘Sadbhavana Sammelan’ marking the 90th Foundation Day of Harijan Sevak Sangh in New Delhi today. He paid floral tributes to the Father of the Nation, Mahatma Gandhi and Acharya Vinoba Bhave prior to the event.

The Vice President, today said that the government’s vision of “Sabka Saath, Sabka Vikas, Sabka Vishwas, Sabka Prayaas” is inspired by Gandhian thought. Emphasising that Gandhian ideals permeate into the Fundamental Rights and Directive Principles of the Constitution, he said that Bapu’s teachings will remain eternally relevant for humanity.

Recalling the motivation behind Gandhiji’s formation of Harijan Sevak Sangh, the Vice President said that our freedom struggle was not only a political movement but a socio-cultural resurgence. “It was a call for social unity and political freedom”, he said.

Noting Gandhiji’s contributions, the Vice President said that the Mahatma endeavoured to implement the best elements of Indian culture – truth and non-violence – on the ground.

“Humanity will greatly benefit from the principles espoused by Mahatma Gandhi. The many dangers facing the world today – from poverty to climate change to wars – Gandhi Ji’s thoughts provide a solution to all”, the Vice President said.

Observing that Gandhiji’s idea of swaraj meant the upliftment of the last person in the queue, the Vice President said the government’s schemes of food security, vaccination, universal banking are all in the Gandhian spirit.

“It is gratifying to note that, in recent years there is emergence of an ecosystem that in consensus with Gandhian Philosophy, is ensuring full exploitation of potential and talent of all, particularly of marginalized”, Shri Dhankhar said.

The Vice President complimented the Harijan Sevak Sangh for living up to the ideals of Mahatma Gandhi and conveyed his best wishes for its future endeavours.

Harijan Sevak Sangh is a non-profit organisation founded by Mahatma Gandhi in 1932 to eradicate untouchability in India, working for Harijan or Dalit people and upliftment of the Depressed Class of India. 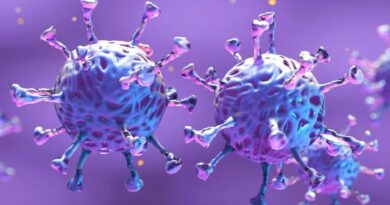 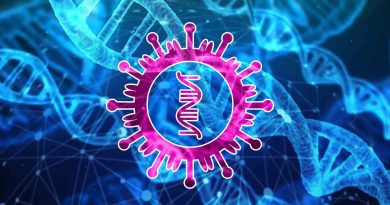