New Delhi: NITI Aayog Meeting: The Prime Minister, Shri Narendra Modi, on sunday heralded the collective efforts of all the States in the spirit of cooperative federalism as the force that helped India emerge from the Covid pandemic.

Addressing the seventh meeting of the Governing Council (GC) of NITI Aayog, the Prime Minister said, “Every State played a crucial role according to its strength and contributed to India’s fight against Covid. This led to India emerging as an example for the developing nations to look up to as a global leader.”

This was the first physical meeting of the Governing Council since the onset of the pandemic, with the 2021 meeting held via video conferencing. The meeting was attended by 23 Chief Ministers, 3 Lieutenant Governors and 2 Administrators and Union Ministers. The meeting was moderated by Defence Minister Shri Rajnath Singh.

The PM also spoke about India’s G20 presidency in 2023 and called it a unique opportunity to show the world that India is not just Delhi—it is every State and Union Territory of the country. The PM said we should develop a mass movement around G20. This will allow us to identify the best talent available in the country. He also said there should be a dedicated team for G20 in the States to derive the maximum possible benefit from this initiative. Speaking about this, the Union Minister of External Affairs, Shri S. Jaishankar, said, “The G20 Presidency presents a great opportunity and a great responsibility. For the first time in the history of G20, India will host the G20 meetings over the year, not only in Delhi, but in every State and Union Territory.”

Conference on Women Leading Change in Health and Science in India 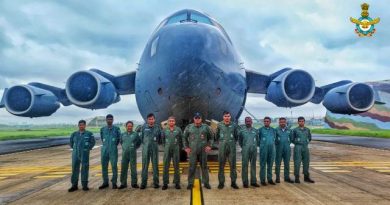