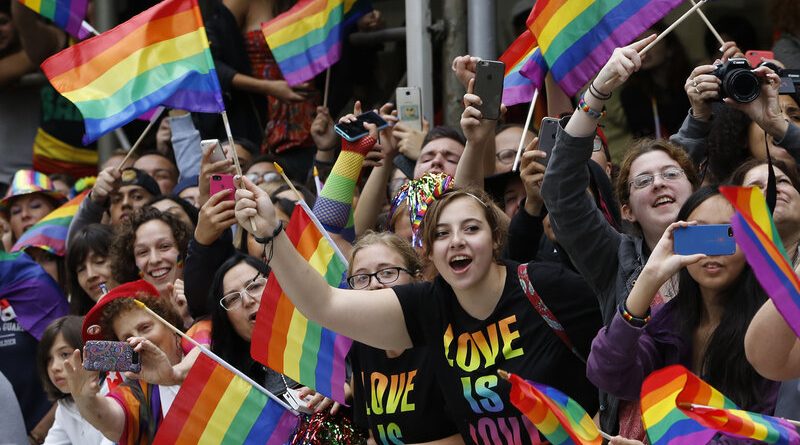 “Do we have to know who’s gay and who’s straight? Can’t we just love everybody and judge them by the car they drive?” quoted a noted American writer Ellen DeGeneres. Furthermore, she adds, “The truth is, we are all one connected thing. We are all from the same exact molecules.”

As we know, the term LGBT stands for Lesbian, Gay, Bisexual, Transgender and the people in this community have been looked down upon all the time. These people often prefer remaining closeted as they fear discrimination and rejection from their families, friends, relatives, neighbours, the society as a whole who find homosexuality as shameful. So do some people also think that, being homosexual can be passed on to others and therefore, they don’t want to be around other people.

It’s been so long that LGBT communities have suffered oppression relating to their identities. They have experienced tremendous victimization, society’s stigmatization, stereotypes, inconsistencies, intolerance, prejudices and what not; for just not being the person others expected them to be.

C’mon, we need to realize the fact that LGBT individuals are mere individuals differing from heterosexuals over their personal perspective, mindset, the way they view or represent themselves, the one who they love. Everything else stays similar as that of a normal human being; yes, that’s true- they breathe, talk, walk, eat, drink, bleed, excrete, work, cook, sleep, look as other humans and not as aliens brought from some other planet. Then, why don’t they enjoy the same respect and the similar rights as that of a normal human being, why do they need to fight and prove themselves every time of being human. As Nelson Mandela had rightly quoted; “To deny people their human rights is to challenge their very Humanity.”

Gladfully, things have started becoming better and as per a report published by UCLA School of Law, Williams Institute- the analysis of a data surveyed to produce the Global Acceptance Index conducted in 174 countries reads out that; the social acceptance for LGBT people and their rights have increased globally since 1981; Iceland, the Netherlands, Norway, Canada and Spain are the 5 countries to top the list.

If viewed from the Indian Context, Article 15 of our Indian Constitution says that- The state shall not discriminate against any citizen on grounds only of religion, race, caste, sex, place of birth or any of them and it’s not just scripted but is also achieved in practice too; thus, allowing the LGBT community the space they demand of.

Well, acceptance starts from one’s self. Half of the battle is won, the day you accept who you are and take pride in being you. It’s not a crime or an offence to be ashamed of. Moreover, being a LGBT was a judgement of the Lord and wasn’t the choice to be made as such so, stop blaming yourselves for the mistakes that you haven’t committed ever and start embracing yourselves; celebrating this individuality rather than hiding it. Start living a life with utmost dignity revealing your true identity and rest everything will fall into place with time. As Alfredo Hernandez once told; For love starts from within. You are of value and you are beautiful. Never allow anyone to tell you otherwise.”

Thus, learn to love yourselves the way you are, for the one you are because you have this single life to live so make sure you live to the fullest.

After Self comes one’s Family. Family, being a primary institution plays a key role in building a positive atmosphere in promoting one’s self growth. Family’s acceptance will ensure a sense of protectiveness and security. It can make LGBT people more accessible and responsive to open up and talk about what they feel, how they feel which in turn will help in regulating one’s emotions better along with making them adaptive to different kinds of situations to be faced in future course of time. Afterall, it’s the family only that will make one become self-reliant in an age-appropriate manner and will too assure that these people don’t get trapped to ill practices such as substance use to improve their mood, to tolerate stress or to cope with anything unjust. Adding along the same line, they can too be prevented from getting mis tracked and can be saved from traversing through life long depression, serious prolonged mental illness, targeted bullying, verbal abuse, physical assault, homelessness, poverty, food insecurity, joblessness, torture, execution, arrest under unjust laws, unequal treatment, censorship, medical abuses, denial of family rights and recognition, violent hate crimes, prostitution, sex trafficking, committing suicides, murders etc.

Lastly, viewing from the social perspective; it can be marked that attitude of the society is changing gradually. In today’s date, LGBT people are being treated indiscriminately at schools, colleges, universities, work places, public accommodations. They enjoy an equal say in Govt. formation and they have a voice in politics too. Same Sex Marriage has been legalized, Rights such as Adoption, parenting, gender reassignment and it’s recognition have been sanctioned by the law. And even more; the Scope of Laws include Laws related to anti-discrimination, anti-bullying, hate crime, bathroom bills, sexual orientation and military services, access to assisted reproductive technology, adultery, age of consent, sex reassignment surgery, hormone replacement therapy, legal recognition and accommodation of reassigned gender etc. But above all, the Right to life and personal liberty; and the Right to live with Dignity are the vital rights guaranteed to them by the Constitution of India.

Chris Colfer has penned down- “There’s nothing wrong with you, there’s a lot wrong with the world you live in.” On a concluding note, we can summarize that; though a lot has changed, yet a lot awaits to. Change never happens overnight or if just a single individual wills to; it’s a collective effort of several. Thus, let’s contribute our role actively towards the reformation of a new globe and work together for making this society a better place for all to live in peacefully with respect, recognition and dignity; Afterall, love is what we humans crave for. So, let’s live and let other’s live too as every life equally matters; and so is mentioned in an amazing thought by Michael Cunningham- “I wasn’t ladylike, nor was I manly. I was something else altogether. There are so many different ways to be beautiful.”

SEND YOUR CREATIVE WRITINGS AND INSPIRATIONAL POEMS AND STORIES TO 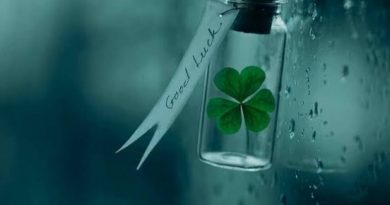 A Letter To My Lover’s Ex :Arpita Sahoo 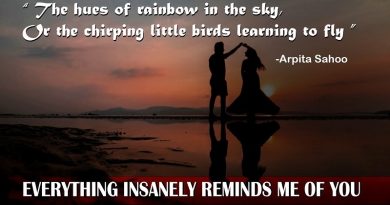 Everything Insanely Reminds Me Of You : Arpita Sahoo