Mumbai: India is a bright shining spot in the world economy amidst global economic uncertainty, said Union Minister for Commerce and Industry, Consumer Affairs, Food and Public Distribution and Textiles, Shri Piyush Goyal today. He was addressing the 21st World Congress of Accountants in Mumbai.

Union Commerce Minister said that India has demonstrated that despite the prevailing volatility, uncertainty, complexity, ambiguity in the world, our country has the leadership, capabilities and the skill that is required to navigate the economic recovery. “Despite the pandemic challenges, very reasonable measures were taken to sustain the Indian economy where a strong focus was on the macroeconomic fundamentals. Our Government focussed on inclusive well-being of all sections of society.” he added.

The Union Commerce Minister said that the world today is looking up to Indian economy to steer growth and to show the way. “The world recognises India’s strong economic fundamentals, demographic dividend, an unmatched consumer base, skillsets and management abilities of India’s youth.”

Speaking about the G-20 presidency, the Commerce Minister said that our theme for the G20 Presidency is ‘Vasudhaiva Kutumbkam’. “India believes that the world is one family. India cares for the whole world and it is in this context that we have placed the theme of our Presidency as One Earth, One Family, One Future. While the world focuses on consumption led growth, India focuses on sustainability and respects nature. India believes in inter-generational equity and that it is incumbent on each one of us to leave behind a better planet than the one we have inherited.”

He added “In the global economic recovery as the world prepares itself for better energy security, food security, as we see the future where innovation and technology is going to drive growth, it is the responsibility of all of us as CAs to work with the Government & Institutions”. we have bright shining spot in the world economy amidst global economic uncertainty.

The 21st World Congress of Accountants 2022 is being hosted by The Institute of Chartered Accountants of India in Mumbai in Hybrid mode. This theme for the WCOA 2022 is ‘Building Trust Enabling Sustainability’. 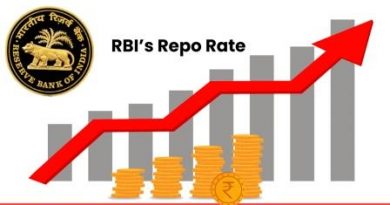