Chennai: Nayanthara and director Vignesh Shivan shared pictures of their twin babies on social media. During a press meet, a journalist asked the Minister if the couple who got married four months ago can conceive through surrogacy and whether there was a time restriction. To this, the Minister replied that the Directorate of Medical Services will be directed to conduct an inquiry. Tamil Nadu Health Minister Ma. Subramanian said that his department will to an Inquiry on Surrogacy.

On Sunday, Director Vignesh announced on social media, “Nayan & Me have become Amma & Appa. We are blessed with Twin Baby Boys. All Our prayers, our ancestors’ blessings combined with all the good manifestations made, have come together in the form Of two blessed babies for us”.

On Monday, during a press meet in Chennai, a journalist asked Tamil Nadu health minister Ma. Subramanian if the couple who got married four months ago can conceive through surrogacy and whether there was a time restriction. The Minister replied that the Directorate of Medical Services will be directed to conduct an inquiry and seek an explanation.

Notably, In India commercial surrogacy was allowed until a new, The Surrogacy (Regulation) Act, 2021– came was passed in December 2021 and came into effect on January 25, 2022. It is reasonable that Nayanthara, as a single woman, or Nayanthara and Vignesh, as partners, could have approached a medical clinic seeking surrogacy prior to December 2021, when commercial surrogacy was allowed and there were no laws governing the issue. However, since December 2021, only surrogacy is allowed, as no remuneration or monetary incentive is provided to the surrogate mother, except the medical expenses. As per the new rules, a surrogate mother has to be genetically related to the couple.

The new rules also state, other than a couple, who have a ‘medical indication necessitating gestational surrogacy’, only an Indian woman who is a widow or divorcee between the age of 35 to 45 years can option for surrogacy. 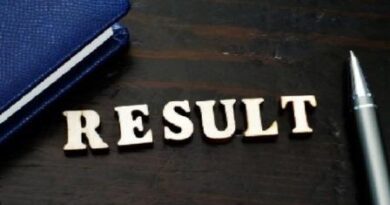