New Delhi: The transformation of Food Corporation of India (FCI) should be done on a fast track mode so that the organization can continue to help the people, the poor and the farmers of the country. This was stated by Shri Piyush Goyal, Union Minister of Consumer Affairs, Food & Public Distribution, Textiles and Commerce & Industry while delivering the inaugural address at the 59th Foundation Day of FCI here today.

Shri Goyal directed the Secretary, Department of Food and Public Distribution to monitor the transformation of FCI and Central Warehousing Corporation (CWC) every week and to update him on the status on a fortnightly basis. He said strict action has to be taken against the officers who do not cooperate with or delay the transformation process, he said.

Food Corporation of India to adopt a policy of zero tolerance for corruption: Shri Goyal

Taking about the ongoing investigation against alleged cases of corruption in FCI, Shri Goyal said that it’s a wake-up call for the organisation and assured that no one found involved in corrupt practices will be spared. He said FCI will follow the principle of Zero tolerance for corruption.

Shri Goyal directed the Secretary to institutionalise a mechanism wherein whistleblowers may be rewarded. He called out to all officers and staff of FCI to report any incident of corruption.

Shri Goyal praised the way FCI carried out the world’s largest food supply chain system, especially during the pandemic to ensure seamless supply of foodgrains under the “Pradhan Mantri Garib Kalyan Anna Yojana” (PMGKAY). He said that despite Covid pandemic, no one slept hungry in the country.

He said that India has set a global example in the areas of food security, strengthening economic scenario, controlling inflation and others. Shri Goyal mentioned that the rice procurement figures for the year are good and he looked forward to a robust wheat procurement in the coming season as well.

Virtually attending the event, Hon’ble Minister of State, Ms. Sadhvi Niranjan Jyoti applauded the remarkable job undertaken by FCI during the pandemic by ensuring sufﬁcient supply of food grains in every part of the country especially to vulnerable sections of the society under PM’s visionary scheme of PMGKAY.

Secretary DFPD, Shri Sanjeev Chopra was also present at the event and directed CMD FCI, Shri Ashok KK Meena to ensure a system of eliminating corruption and providing an efficient and transparent service to the people. 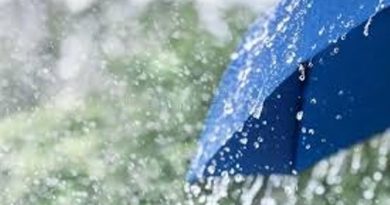 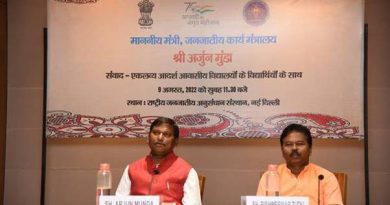