Tirupati Temple Trust Accommodation: The Tirumala Tirupati Devasthanams on Saturday declared a white paper of its assets including fixed deposits and gold deposits. The temple trust said that it has 10.3 tonnes of gold deposits in nationalised banks total more than ₹5,300 crore. Also, It has a cash deposit of ₹15,938 crores.

The Tirumala Tirupati Devasthanams declared that the trust board has supported its investment guidelines since 2019. Trust rejected social media reports that the Devasthanams chairman and the board had decided to invest surplus funds in the Securities of the Andhra Pradesh government.

In a press release, Tirumala Tirupati Devasthanams said, “Devotees of Srivari are requested not to believe such conspiratorial false propaganda. Cash and gold deposits made by TTD in various banks are done in a very transparent manner,” The trust said that the surplus amounts are invested in scheduled banks.

The Tirumala Tirupati Devasthanams fixed the total worth of its assets at ₹2.26 lakh crore, according to to report by media. Temples’s investments in the form of fixed deposits in several banks in 2019 was 13,025 crore, which has now increased to 15,938 crores. In the last three years, the investment increased by 2,900 crores.

According to bank wise investment declared by the trust, it has 7339.74 tons of gold deposit in 2019 and 2.9 tons were added in the last three years.

According to the media report, The temple assets include 960 properties spread over 7,123 acres across India. The income source made by the temple comes from donations by the devotees, businesses, and institutions.

The TTD has 960 landed properties across the country, spread over 7,123 acres. The temple trust’s buildings and other fixed assets in Tirumala and Tirupati in the form of tirupati temple trust accommodation guest houses, cottages, pilgrim amenities complexes, superspecialty hospitals are pegged at 5,000 crores. 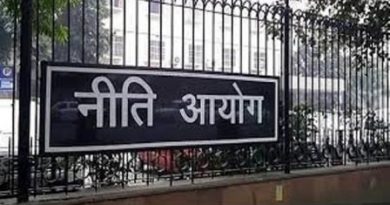